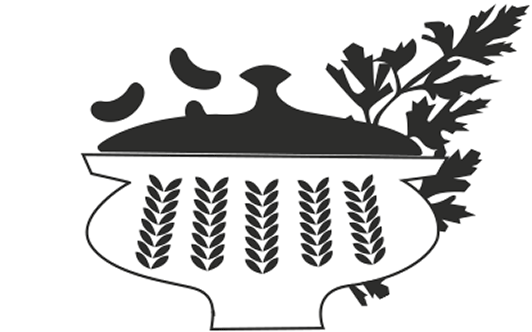 We are an Amsterdam-based catering service with a difference. Nina’s Kitchen uses organic and/or locally sourced, seasonal produce for an affordable price.

Nina’s Kitchen creates food feasts for business meetings, events and private parties. If you’d like to order delicious and affordable food let us know at nina@ninaskitchen.nl or call us on 06-1439 7908.

In today’s world, we’re incredibly lucky to be able to sample foods from all over the world. This is great news when it comes to foods that we have never heard of, new combinations we wouldn’t have thought of or new spices with all those exotic names.

When it comes to ingredients that we can just as well – and do – grow at home, then why go too far? Vegetables grown nearer home will be more fresh, they will need less transport and they will taste better!

Conventional wisdom has it that the mass (industrial) food production, with its use of pesticides and genetically modified crops, is the only way to feed the entire world. Such food production has been around for quite a few decades now, but in today’s world there are more people suffering hunger than ever.

Industrial farming makes financial and political manipulations much easier: A handful of big corporations hold patents for genetically-modified seeds and pesticides which the farmers are obliged to buy every year anew instead of keeping the seeds for the next planting season.

Could the ‘old’ system of farming help? Nothing else will do, according to the latest UN report Agro-ecology and the Right to Food, which concludes that the organic farming could double the food production in certain parts of the world and also mitigate climate change. Organic farming is increasingly being proven to be the most efficient system of production that leaves much less food waste behind, it supports biodiversity and, since it prohibits the use of chemicals, it is healthier for us and the planet.

It is for all these reasons that we at Nina’s Kitchen use as much organic, local & seasonal produce as possible. Most of the time this amounts to 100% of the ingredients use in our meals.

Interviews, reviews and articles with or about Nina’s Kitchen.

Local newspaper in Amsterdam Oost. An interview with Nina Brenjo, the owner and cook of Nina’s Kitchen

Best-known Amsterdam daily. Safe magazine: Read an interview (in Dutch) with Nina Brenjo, the owner and cook of Nina’s Kitchen.

We choose organic, local & seasonal produce as much as possible and therefore happily work with these suppliers:

Please feel free to contact us for more information or questions about what we can do for you.